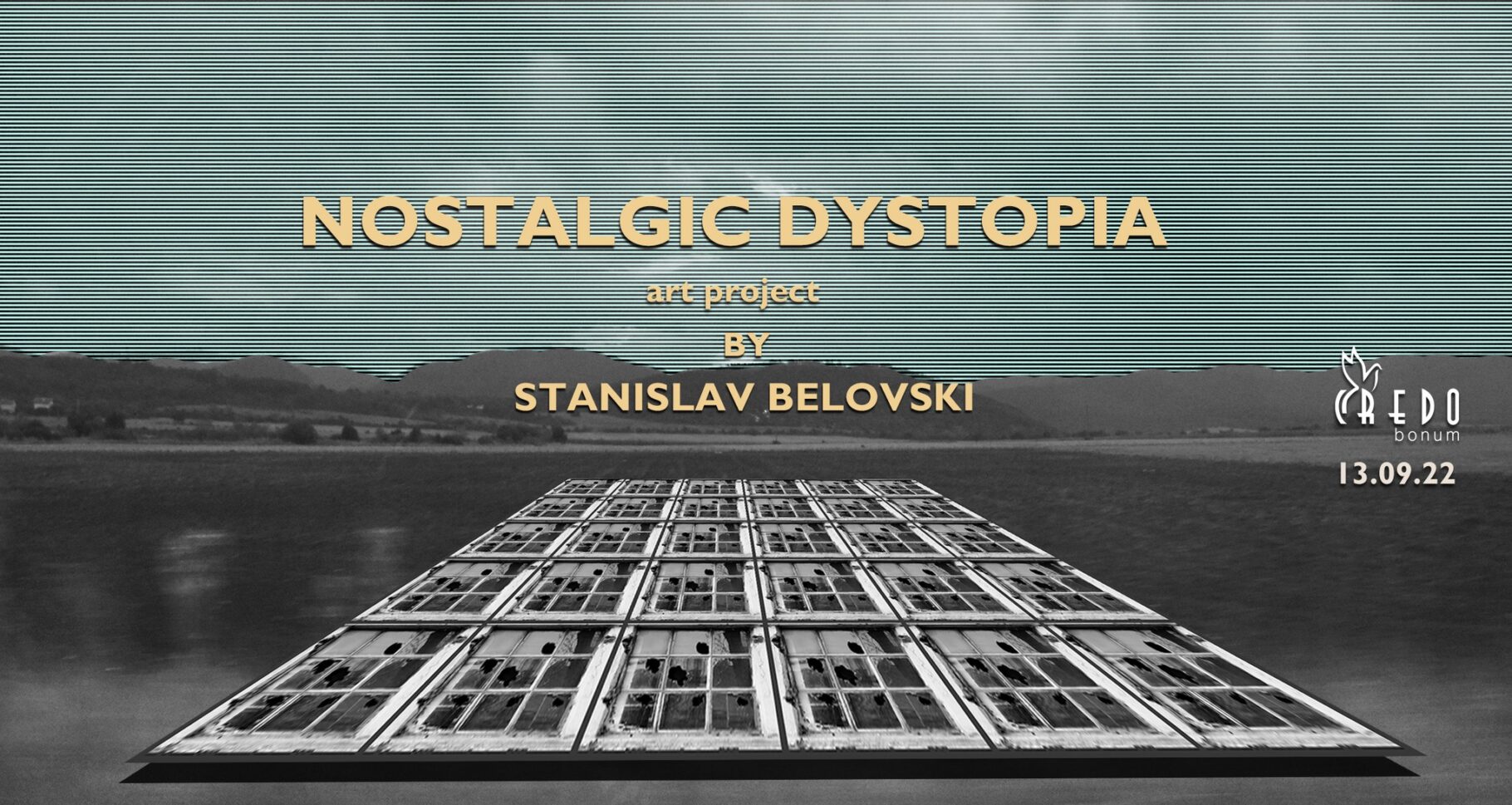 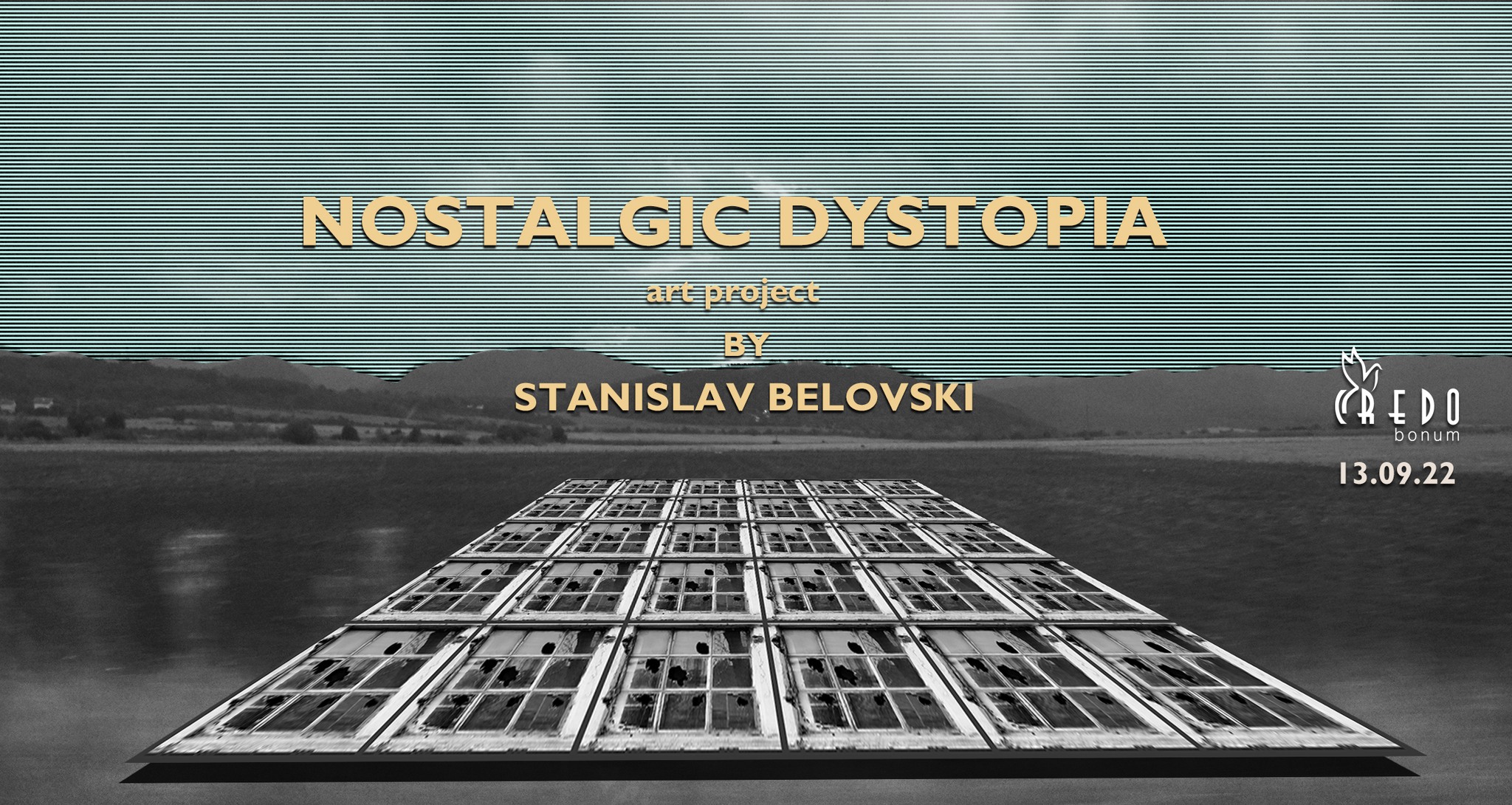 This is an exhibition of artifacts from the 20th century, which purposefully lacks the monuments of Buzludzha, the Soviet Army and any communist monuments that we got used to using as a mandatory benchmark of “that time”. This is an exhibition about urbanism, in which there are deliberately no human figures.

The exhibition works with places and spaces that remained unchanged by the impetuous construction activity of the “new time”. Discrete markers rather of individual memory, which arouse guesses in representatives of different generations about which is what and where, drawing the trajectories of personal routes in time.

Like most of Stanislav Belovski’s projects, Nostalgic Dystopia starts from the individual to explore the general, and poses critical questions to our coexistence, to our functioning as a society.

Before 1989, there was a dream of the “western city”, as it was in the movies, stories and the rare trips of very few people. 1989 brought the dream of freedom, shaking off the stifling dogmas of party ideology and a centralized economy. But the unleashed private initiative leading to growth in
construction, due to corruption, lack of rules and quality criteria and above all – due to lack of taste, in the end – according to the author of the exhibition – turns the largest city of our society into a “dusty, non-breathing, ugly carcass”.

Architects of Europe have known for centuries that the appearance of a city, the layout, the accents, the urban solutions have a direct impact on the development of the society that lives there. And this new city that we have chaotically built, with all the glass and colorful buildings, of different heights and volumes, which have sprung up in every possible place, occupying the spaces so that you cannot even pass – whole new neighborhoods without streets – imposes a very difficult a way of life, suffocated, without communication, isolated in saving oneself only…

“The 11 works represent my intervention through collage and drawing on photography in the few remaining untouched spaces,” says Stanislav Belovski. – “Projects and solutions at first sight can be built physically. But the persuasiveness of the visualization does not exactly follow the logic of functionality
and utilitarian sense. Something like a utopia which turned the wrong corner…”

NOSTALGIC DYSTOPIA is a project that started during the lockdowns of 2021. The exhibition, which did not seek funding under the National Culture Fund, was moved ahead in time, but thus enters into a dialogue with a number of other artistic projects of 2022 that treat the fabric of the city and our coexistence, positioning itself in the context of the European initiative “New European Bauhaus” – talks about our new, post-pandemic, green future, the direction of which was abruptly changed by the Russian invasion of Ukraine.

Stanislav Belovski [@sbelovski] (b. 1976, Sofia city) is a visual artist whose projects on socialism, punk, space and the personal project MIRROR MIRROR in Credo Bonum have provoked the public in recent years. Since 2020, Belovski is also known for his artistic interventions in urban environments.

The exhibition NOSTALGIC DYSTOPIA can be seen from 13 September to 8 October 2022 at CREDO BONUM Gallery, Sofia.