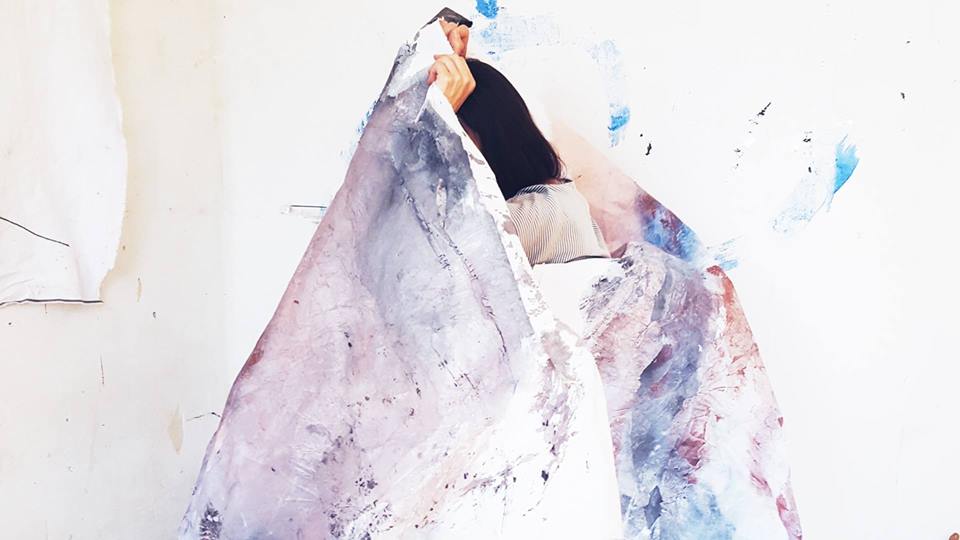 FIGURES – An exhibition by Sevda Semer

FIGURES – An exhibition by Sevda Semer

„Figures” is a cycle of titled paintings. The paintings are not figurative while the titles are so long that it takes minutes read them. Or rather – hear them because the titles are recorded and are part of the works. This mandatory equality is arguably the most important aspect of the new works by Sevda Semer. After a period of working with text, the artist started drawing a few years ago mainly in small formats and most often on the pages of notebooks. The instinct to go large size initially manifested itself in perseverance and consistency – the artist’s project “One Perfect Day” is a visual diary with 365 consecutive drawings, created daily throughout 2017. Then came the enlargement of the pictorial surface and along with that – the length of the so-called ‘titles’. Sevda Semer’s images grew ever more abstract and intuitive while the words that appear to be concrete at first, are far from being a narrative. The diary reference is present in “Figures” too. The artist is articulating bodily sensations. Thoughts that are circulating in each one of us but are rarely paid attention or else, we are unable to voice them out.
So, the body is the hidden theme of the show. The body of the artist that is responsible for transmitting information between the artist and the work has been the focus of interest and experimentation long before Carolee Schneemann and Wassily Kandinsky. The body plays the lead role too in the simultaneous use of painting and performance in the works of Yves Klein and other artists. The contact between the works of Sevda Semer and the viewer is almost tactile in substance – like an embrace. The large formats and the sound of the text with specific duration do not let you pass by quickly. In spite of the use of abstract imagery, in this exhibition the artist is engaging her ability to share. When somebody is reading to you it is different from when you are reading yourself – the level of attention is higher. And attention is expressed first as a physical presence for a period of time and then in the exchange of information.
Text by Daniela Radeva

Sevda Semer was born in 1990 in Sofia, Bulgaria. Graduated from the National High School for Ancient Languages and Cultures. Active as an artist, writer and journalist. Takes part in exhibitions and projects in Bulgaria, Canada, Spain and England. She is part of the residency for visual artists in Hato Press (1917), the London studio for risograf printing. Among her solo shows are: “Wide Cube”, 0GMS Gallery (Sofia, 2014); “Recent Paintings”, Gallery 2.0 (Sofia, 2017) and “One Perfect Day”, +359 Gallery (Sofia, 2018). She has authored the publications: Candies (2014); Between Three Cities (2014); What is here за Geist Magazine, Канада (2015); Pages of a diary за Dear Journal Magazine, Канада (2015); Recent paintings (2017).