Todor Andreevski is preparing his first Sofia exhibition, presenting a series of photographs in the Credo Box. The works are conceived as a kind of trajectory through the faces and bodies shown, traveling portraits. The artist offers a journey through the various places where the photographs were “captured”, only we do not travel from city to city but rather from character to character. He photographs various characters, anonymous or from a circle of friends, who blend into the landscape, be it urban or in a desolate environment. His models parade in front of the lens and suggest the idea of a deliberate pose, but there are also shots taken in motion without prior preparation.

His interest is focused on the idea of portraying those people who have some sense of shyness, fragility, but at the same time a real desire for attention. When he photographs bodies, he tries to show them in various situations of hardship or vulnerability. They are captured at a precise time, at the moment of their transformation or movement.

Todor is interested when the ordinary, conventional portrait photograph is disrupted by an element that manifests itself in the moment of capture. For example, the young girl who poses with her eyes closed and the shadow of a bouquet, the outline of which is painted on her face, is captured; or the young man whose clothes are delicately decorated by the dry grass. These elements, accidental or not, are decorations that enrich the audience’s view. We are not limited to just being able to contemplate the features of the face or body, but we pay attention to how the character takes into account the environment that surrounds them.

For the Portrait-Express exhibition, Todor insists on the way the works are arranged. These are analog photographs whose film has been developed and then scanned to end up in the form of a digital print. The idea is not only to perceive the small space of Сredo Box as a photo booth, a portrait box, but also to reflect on the photographic process and the photographer’s laboratory.

The process of developing photos involves various chemical reactions that allow the image to appear. We know that in cinema, directors often choose cinema itself as their subject. We are faced with scenes in which there are actors playing the role of actors. Is it possible that it is the same in photography?

With this exhibition, Credo Box invites you to enter a fictitious mini photographic laboratory, where the shiny plexiglas of the frames, as well as the photo immersed in the liquid, are reminiscent of the devices used to create images; while, of course, subject matter remains one of the most prevalent genres in photography: portrait. 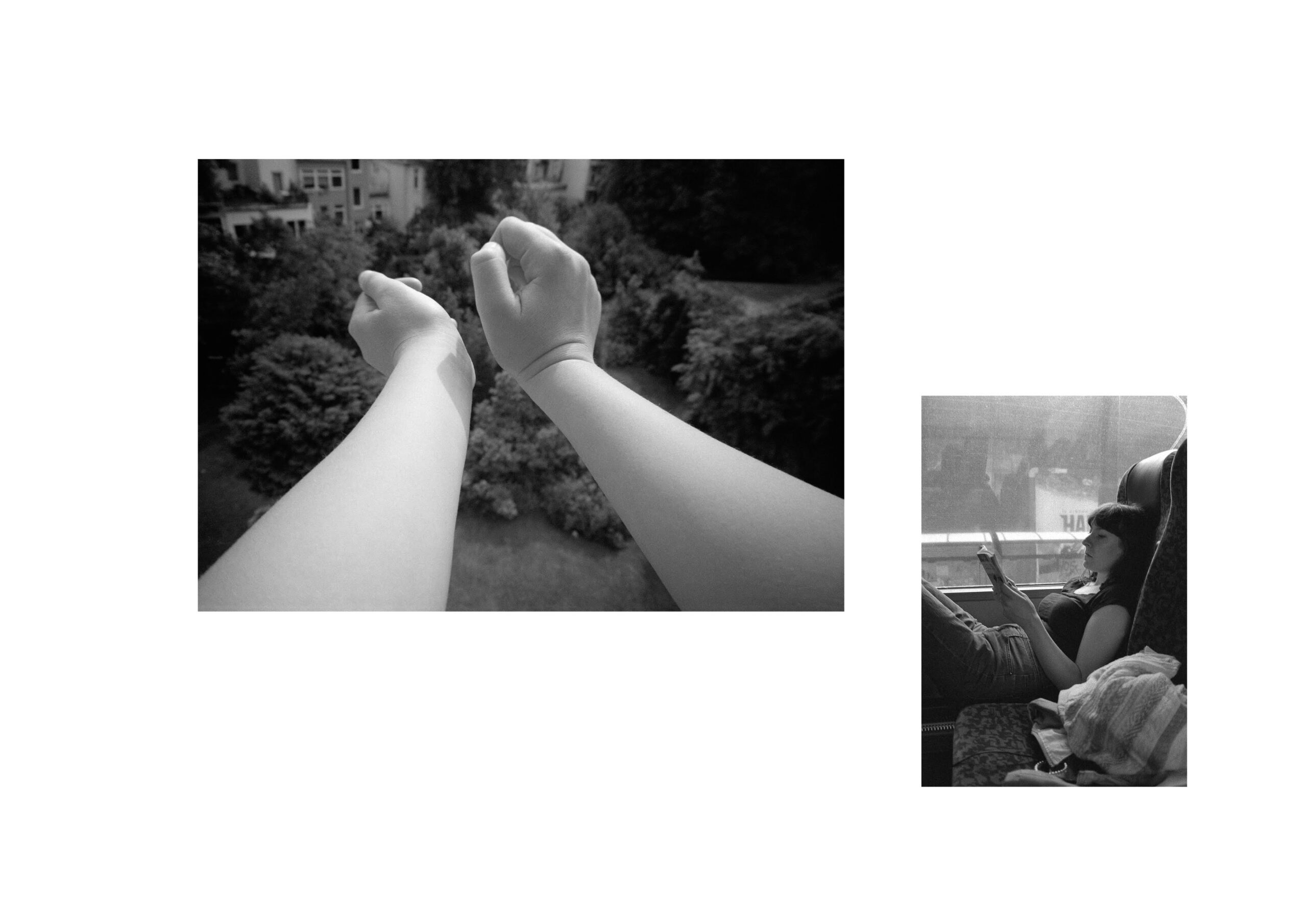 Todor Andreevski (@todoritoito) was born in 1988 in Madan (Bulgaria). He moved to France, where he studied fine art. He holds a Master’s Degree from the Panthéon-Sorbonne University of Paris and a Master’s Degree in Visual Arts from the Ecole des beaux-arts de Paris-Cergy, and studied Sculpture at the Accademia di Belle Arti di Brera (Milan).
He currently lives and works in the suburbs of Paris.
By questioning the boundaries between art, fashion, choreography and ethnography, Todor works with various means of expression such as drawings, photography, installations and sculpture. His works often have the body as a central element. He is interested in in situ works with a narrative aspect, inspired by the environment and geographical context. He constructs fictional characters that lie between reality and imagination, presenting something spiritual or mystical but highly ambiguous.
With Todor Andreevski’s project ‘Portrait-express’, Credo Bonum Gallery presents the projects selected by open invitation for the Credo BOX space.
Credo BOX is an exhibition space, part of the Credo Bonum Gallery, but with its own program. Located at the entrance of the mother gallery, the Small BOX is a small bright niche in which chamber projects of artists will be displayed. It is a place for a work of art, for an artistic motto, for a drawing, a photograph, an audio or video work, but also for a small, focused artistic gesture, for words and messages.