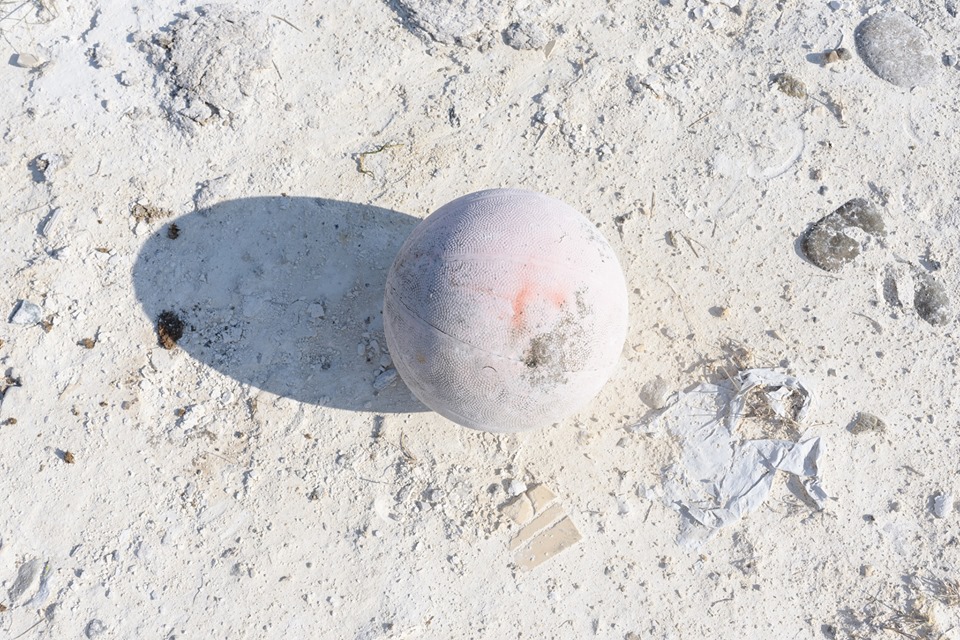 The project Planet of the Wastes is a series of performative self-portraits and a typology of waste items that are combined to form a photography installation. It focuses on the pollution, the impact of human activity on the environment.

The project transfers the viewer to a distant white planet with abandoned landscapes which are covered with garbage and scrap. In this alienated place the author photographs himself wearing a monkey mask. The monkey tries to interact with the viewer with different tools – human waste- found at this place. The monkey-human counterpoint is a key element in the concept. The monkey character is an opposition to the act of transformation of the environment done by humans.
In reality however this planet is not a distant one, it is real and is actually very close to us. This is our planet.

The project was photographed on an illegal landfill situated in the South-West part of Bulgaria in August, 2019.

“The planet is already straining from the impacts of today’s waste, and we are on a path to more than triple quantities. Through a move towards stable or declining populations, denser and better-managed cities consuming fewer resources, and greater equity and use of technology, we can bring peak waste forward and down. The environmental, economic and social benefits would be enormous.

“Most such urban waste ends up in poorly operated landfill sites, or is dumped or burned. Some 3 billion people worldwide are not served by controlled disposal facilities. It is therefore crucial for governments in developing countries to provide safer alternatives for waste disposal, to pass and enforce regulations to eliminate the open dumping and burning of waste, and to finance sanitary landfill and recycling programs. As cities continue to expand, careful and sustainable planning is essential.“
Source: H. Duan et al. Nature 546, 599; 2017.